Animal of the Day - Sarus Crane 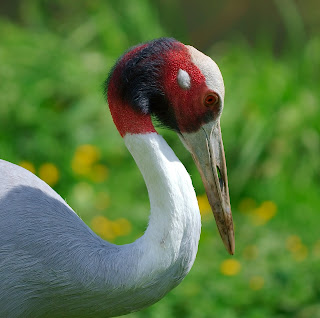 Dr. Dinesh the Coroner was found participating in the "Greenhouse Limbo War" on the far end of the party grounds. Inebriated and disoriented, he arrived on the scene and declared that the cause of death of was the rock that was laying on top of Auntie Clerq's body.

He then attempted to nibble on the corpse, so famished was he from limbo warring. Inspector Noseworthy had him escorted out of the room.
Posted by Joshua Goldfond at 9:37 AM